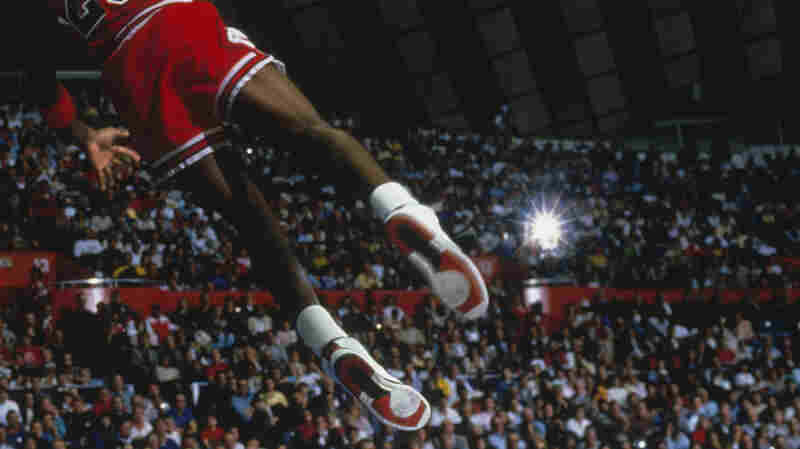 toggle caption
Focus On Sport/Focus on Sport via Getty Images

The shoes from Michael Jordan's rookie season sold for a record $1.47 million

October 25, 2021 • Michael Jordan's earliest known game-worn and autographed shoes sold for nearly $1.5 million at an auction in Las Vegas. They are the most valuable sneakers ever offered at an auction.

October 25, 2021 • In October 1971, The Electric Company flipped a switch and hit the public TV airwaves, aimed at using sketch comedy and animated shorts to teach kids to read. 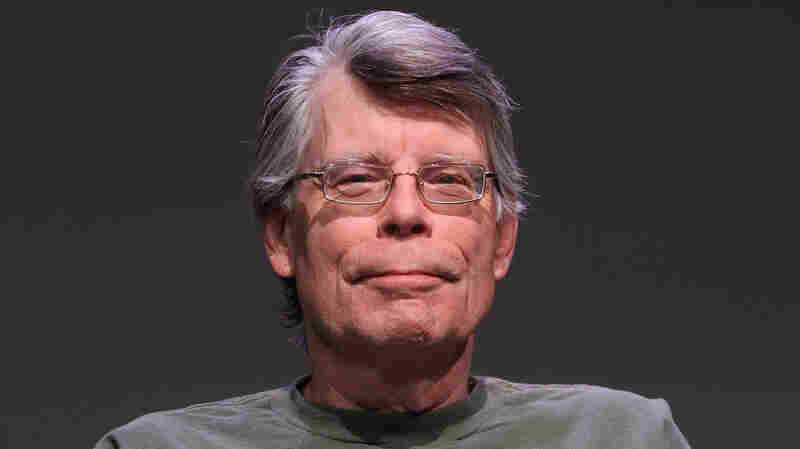 The scary movies and books that still haunt us

October 25, 2021 • A lot of us are about to have the experience of opening our front doors to find witches, goblins, ghosts, and those guards from Squid Game standing on our porches. Why? Because it's almost Halloween. We decided this would be a good time to talk about what kinds of entertainment scared us when we were kids, and maybe even whether they still scare us now.

The scary movies and books that still haunt us 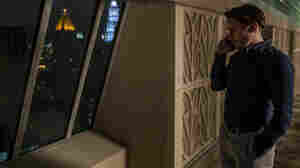 Roman (Kieran Culkin) is trying to figure out where to put his loyalties. Macall Polay/HBO hide caption

October 24, 2021 • Kendall's siblings all gradually make their way to his headquarters to consider whether to join him against their father. Meanwhile, Logan negotiates with the only person he really fears. 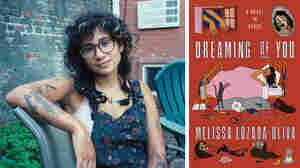 In 'Dreaming of You,' poet Melissa Lozada-Oliva reimagines Selena's legacy

October 24, 2021 • Author Melissa Lozada-Oliva's new novel in verse, Dreaming of You, is about a heartbroken poet who brings Selena Quintanilla back from the dead.

In 'Dreaming of You,' poet Melissa Lozada-Oliva reimagines Selena's legacy 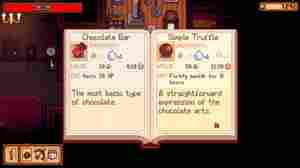 October 22, 2021 • The solo developer behind Stardew Valley says he's at work on a new game, all about "magical haunted ghost chocolate." Haunted Chocolatier is already getting fan excitement, but no release date yet. 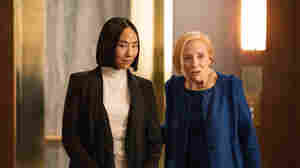 'The Morning Show' recap, Season 2, Ep. 6: Alex is gone, and so is Bradley's privacy

October 22, 2021 • Alex has vanished after Vegas, and the whole team wants to know where she went. Bradley and Laura find their relationship outed, and Stella struggles to find her footing. 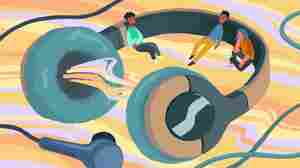 Three songs for cleaning your bathroom

October 21, 2021 • NPR Music has song recommendations for every occasion, from major life events to tidying up the house. As we enter the fall season, it doesn't hurt to spruce up and start afresh with a new playlist. Today, we're recommending three songs to play while dance-cleaning the bathroom.

Three songs for cleaning your bathroom 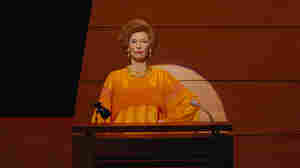 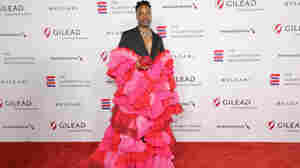 Harry Styles isn't the leader of a fashion revolution, but neither is Billy Porter

October 20, 2021 • Marginalized members of the LGBT community were pushing the binaries of gender fashion long before celebrities moved in. 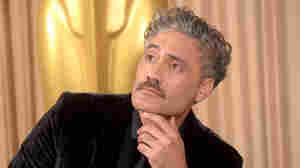 Director Taika Waititi made offbeat films like Hunt for the Wilderpeople before he leveled up to blockbuster director status with Marvel's Thor: Ragnarok. Dave J Hogan/Getty Images hide caption

When auteurs and film franchises meet

October 20, 2021 • This fall, a number of auteurs are directing major blockbusters: Cary Joji Fukunaga took on the James Bond movie No Time To Die; Chloe Zhao joins the Marvel Cinematic Universe with Eternals; and Denis Villeneuve hopes to launch a film franchise with Dune. So we thought it would be a good time to revisit our conversation about how auteur directors shape genre films. In this encore episode recorded on stage in Los Angeles, we're talking about auteurs and film franchises — and dream up some great artists taking on unexpected genres.

When auteurs and film franchises meet 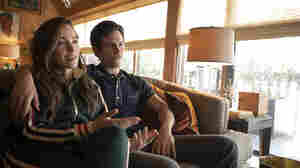 Victoria Pedretti and Penn Badgley in the third season of the Netflix series, You. John P. Fleenor/Netflix hide caption

October 18, 2021 • When the Netflix thriller series You premiered three years ago, it started a lot of conversations. The show was told largely from the point of view of a charismatic serial killer named Joe, played by Penn Badgley, and it followed his obsession with and stalking of a young woman. Now in its third season, Joe hasn't changed much as a person, even though his circumstances have. He has a wife now, and a baby, although he's hardly living the typical suburban dad life. 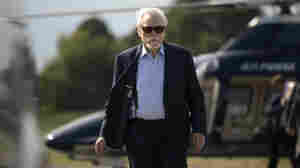 Logan Roy (Brian Cox) doesn't seem all that happy to have discovered that he underestimated his son. Graeme Hunter/HBO hide caption

'Succession' season 3 premiere recap: The Roys are racing to hell. Who's leading?

October 17, 2021 • The third season of Succession kicks off with the entire Roy family, plus some of their associates, on the road to ruin. We rank the characters in order of the speed at which they are hurtling along. 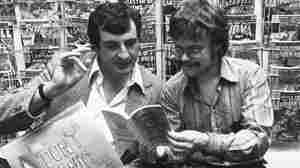 October 17, 2021 • The first Hitchhiker's Guide to the Galaxy book was published in October 1979. Fans are looking back at how the series has endured in popularity and why it's still relevant. 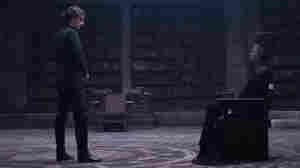 'Dune': A sweeping, spectacular spice-opera — half of one, anyway

October 16, 2021 • Denis Villeneuve's take on Frank Herbert's novel of galactic intrigue and revolution manages to be both epic and introspective, though it doles out its story with gravid deliberateness. 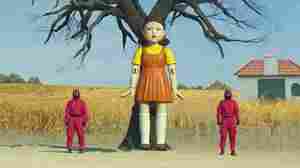 Feel like you're missing something in 'Squid Game'? Here's a rundown

October 16, 2021 • Everyone's talking about the Netflix series Squid Game, about debt-ridden South Koreans playing deadly kids' games for cash — and if you feel like you're missing some cultural context, we can help. 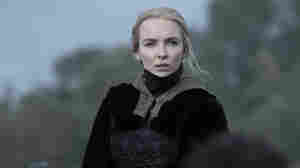 The joys of surprising yourself with 'The Last Duel' ... and 'Succession'

October 16, 2021 • There's a kind of satisfaction that comes from something living up to your expectations. But there's a different kind of pleasure that only being surprised by your own reactions can bring. 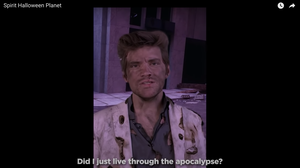 What's making us happy: What you should watch, read and listen to this weekend 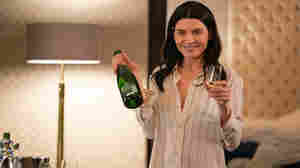 Julianna Margulies, who plays Laura, makes this episode look a lot more fun than it is. Apple TV+ hide caption

'The Morning Show' recap, Season 2, Episode 5: What happens in Vegas

October 15, 2021 • Alex has pain and is a pain, Bradley works her way through her new relationship, Cory experiences a very late conversion to having a conscience, and Mitch wears cozy clothes in quarantine.